The Conundrum of Leadership in the Information Age: Reflections from a Military Leader

Home/Leadership/Management/The Conundrum of Leadership in the Information Age: Reflections from a Military Leader
Previous Next

The Conundrum of Leadership in the Information Age: Reflections from a Military Leader 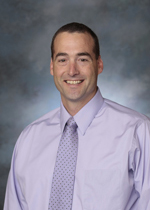 Here is my abridged book interview with Lt. Col. (Ret.) Peter (Pete) L. Rooks, Director for Leadership, Franz Center for Leadership, Entrepreneurship, and Innovation at the University of Portland:

“After 21and ½ years in the military and the past 5 years at University of Portland in academic, staff or a consulting role, I have learned that leadership is a journey not a destination.
Leaders are like thermostats, they regulate the temperature in a room. The people in the room are thermometers. It is a leader’s responsibility to push people into an uncomfortable learning zone but they must only raise the temperature enough to a ‘tough love’ zone that translates into: “I know this is stretching your abilities, but you need to do it to grow.””

On direction and destination:
“True leadership assumes that we all already agree on why we are doing something. The challenge is continually telling the story, “we are going in this direction and this is the reason why”.

Companies no longer put edicts out, everyone has a vote.

Leaders need to have strong emotional intelligence: they must be able to earn respect and build trust, create and facilitate culture, be people of their word and elevate others. Along the lines of, “I don’t care how much you know until I know how much you care”, kind of mentality.

The challenge of for profit organizations is that they are continually giving responsibility to rank and file employees who don’t yet have the authority they believe they need to have to get their jobs done. Leaders have to let go of their desire to control and develop others.

To be frank, leaders need to get over themselves. They should focus on the why of their organization not their own. As a major in the 101st Airborne Division I finally ‘got’ this lesson after putting together a training plan for a very successful infantry company, and then rather than an ‘atta boy’, I was immediately called to prepare training plans for three more infantry companies. That’s when I realized it was not about me at all, it was about what I could do to elevate others and replicate success in those around me.

Some of my favorite models around success are:

“1) Jim Collins was never satisfied when people said that successful people were simply lucky and he wanted to investigate exactly what constituted luck. He described ‘who-luck’: If you know who you are and you intentionally go after it every day and put yourself in the right environment, people and opportunities will arise around you to cultivate the success you desire. It was not luck at all, rather hard work. This is why it is critical not to just elect one mentor, but rather to build a personal board of directors that represent your interests. 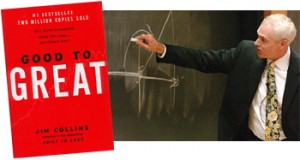 2) Another success story told by Jim Collins is ‘20 Mile March’: He describes that you should define your win before you start. Create your leadership philosophy first and foremost. Paint a picture of your desired future state. He told the story of two groups that were trying to reach the North Pole. One group plotted out ahead of time they would trek 20 miles every day, no matter what the obstacles or challenges. The second group decided before hand to gauge their daily travel on the weather and the needs of their flora/fauna sampling that they wanted to do along the way. Which group do you think was successful?

3) John Maxwell’s ‘Rule of 5’: John described that if you intentionally take 5 hacks at the tree every day and stick with it you will cut the tree down. Some questions you may ponder while cutting the tree down. Do you change your tool once you see the impact of a particular tool? How long before you give up, regardless of the tool? Eventually the tree will fall. You can create your luck by finding the most effective tool in order to attain your goal in the shortest amount of time.”

Thank you so much Lt. Pete Rooks!