Why Intel Executive Doug Fisher Doesn’t Have an Office

Why Intel Executive Doug Fisher Doesn’t Have an Office 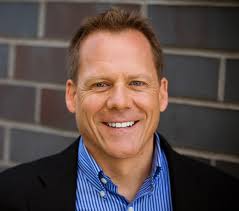 I recently had the privilege of sitting down with Douglas Fisher, Vice President and General Manager of Software and Services Group at Intel to interview him for my forthcoming book, The Suite Spot. Here is an abridged version of that conversation:

On confidence:
“I like the scene in the Tom Cruise NASCAR movie, Days of Thunder, where he is driving though a fire-filled tunnel. He learns to keep his pedal down and keep driving forward, because eventually the fire will pass and he’ll come out the other end a victor. This takes a certain kind of confidence and is relevant for working in the fast moving technology sector. For me, working in technology, if you wait for all the data to make a decision you are all ready too late. My job is hinged upon constantly making critical pre-emptive decisions based on imperfect data and tolerating seemingly relentless heat and fire along the way.”
On mentors:
“It’s impossible to identify just one person here at Intel who has impacted me the most from a mentorship and development perspective—because there have been so many. However, one key individual is Renee James, the current company president. Over the past 13 years, she has influenced me in many ways, but especially in how I approach decisions. She continually challenges me to not settle for an obvious answer. This has proved critical in helping me become more discerning in my decision making process and strategic acumen.
On a personal level, my uncle had the biggest impact in my personal development; most notable in my work ethic and my faith in tough love. He was a rugged Oregon farmer who believed in me more than anyone else. He always told me there was nothing that I could not achieve. He also taught me that a job is not done until it’s done. He not only taught this, but he lived it. One day he was harvesting his crop and his tractor rolled and he broke his collarbone. He took off his belt and strapped it around his arm and continued to finish tilling the field that night until the job was done. Can you imagine what kind of world we would have if we all had that kind of discipline and commitment to our jobs?”
On legacy:
“One way I attempt to do this is by being open and transparent. Part of being open and transparent is being accessible to employees, partners and customers. To this end, I do not have an office. When not in meetings, I often work from common areas or café on the Intel campus. This encourages other colleagues to stop by for a quick chat if I can be interrupted. It is amazing what I can learn from a short exchange.
I received this email from an associate recently and it personifies how I hope to be remembered in my career: “Tomorrow is my last date at Intel and of all the Intel executives I’ve communicated with in the past you are the only one who took the time to truly listen and have a genuine conversation. I wanted to tell you before leaving that I appreciate that and I wish you all the best.”
Thank you Doug!